So, what is Dimensionality reduction?

Dimensionality reduction is a process in which a d-dimensional data set is reduced to a d’ dimensional space such that d’<d.

Principal Component Analysis (PCA) is one such dimensionality reduction technique where we reduce the number of dimensions involved while we still preserve the maximum variance contributed by all the involved dimensions.

It is always easier to understand the geometric interpretation for a simple problem like 2D to 1D conversion and then we can put our understanding under the wheel to explain complex problems.

Let us look at a simple application of reducing 2D to 1 principal component dimension. Assume 2 different datasets which are defined by 2 dimensions i.e., Feature 1 and Feature 2 as shown below,

On a visual basis, and with the fact that h>>w, I can arguably state that I can discard Feature 1 and keep only Feature 2 as the principal component that describes the maximum variance of the whole dataset.

Interpretation of FIGURE-2:
However, the above is not the case in all instances and hence rises a need to explain a dataset as shown in FIGURE-2 wherein both Feature 1 and Feature 2 describe the variance of the dataset by a considerable significance. In this case, we have to describe a new axis set of Feature 1’ and Feature 2’ which is the same as the original Feature 1 and Feature 2 axis set but turned by a specific angle(Ѳ) such that the maximum variance is described along either Feature 1’ or Feature 2’ axes. In the current case, the maximum variance is described along Feature 1’s axis. Hence, we can select Feature 1’ as our principal component and proceed further either to visualize or to pipeline our machine-learning model.

Let us assume a dataset D given by {X, Y} where,
X is a random independent variable with ‘d’- features and ‘n’-data points and each data point is given by xi where xi ϵ Rd, a real space of d-dimensions.
Y is the dependent variable/target vector.

X alone can be represented as, 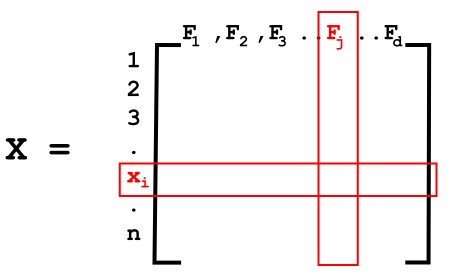 Based on the interpretation of FIGURE-2, the objective of the PCA can be defined as finding a principal component axis (Feature 1’) on which the maximum variance of the whole dataset can be described.

Let us consider a unit vector u1 in the direction of such principal component axis F1'. 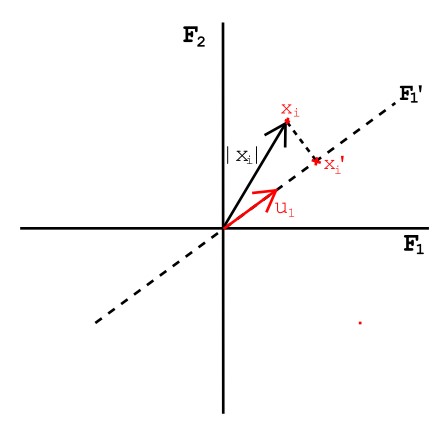 Given any point xi in a d-dimensional space projected onto the direction of the unit vector u1 and can be represented as, 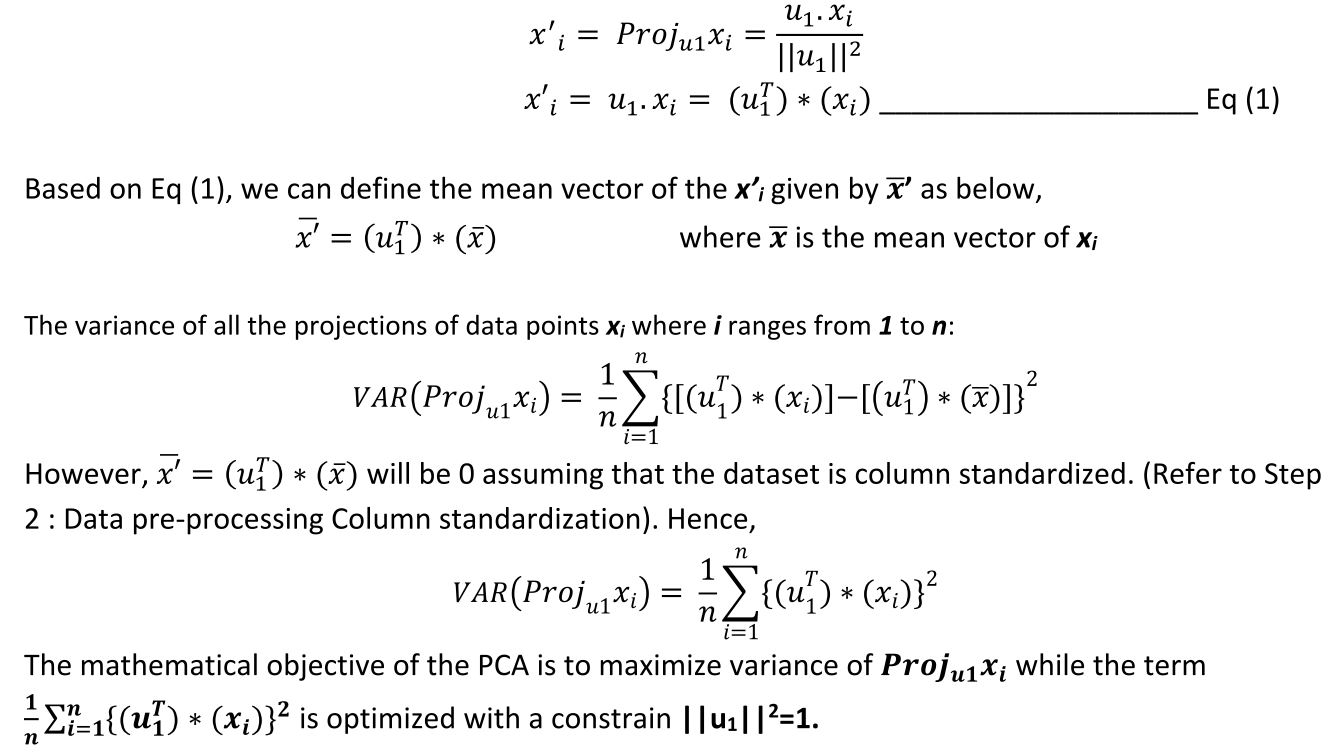 Let us look at each of these steps in detail. 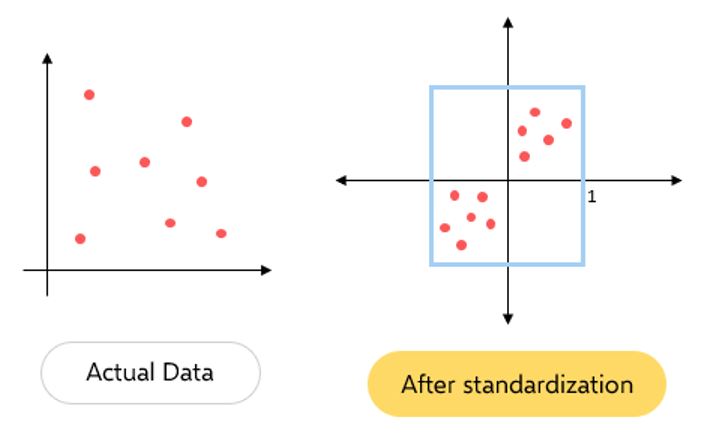 This can be achieved by applying the below equation to each data point of the feature column:

NOTE: Each feature column has to be standardized individually. 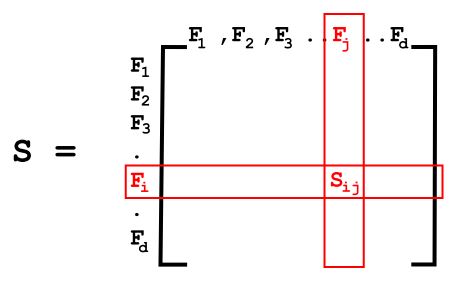 where each element is given by,

3. Calculate Eigen Values and Eigenvectors
Eigen vectors and Eigen values are the constructs of linear algebra that are to be computed from our covariance matrix.

Eigenvectors are those whose direction does not change upon performing linear transformation and Eigenvalues are the corresponding scalar entity of each of the Eigenvectors.

In other terms, Eigenvectors are those vectors that undergo pure scaling without any rotation and the scaling factor is called the Eigenvalue.

The definition of Eigen vectors and Eigen values can be given as,

Intuitively the Eigenvector corresponding to the highest Eigen value represents the direction of unit vector u1 we assumed while establishing the mathematical objective function of the PCA.

And now because of PCA, we are able to reduce any random variable X of d-dimensions to d’-dimensions such that d’<d.

Praveen is a Machine Learning Engineer with Analogica Software development PVT LTD. He also mentors young ML Engineers and Analysts with Certisured EdTech. Praveen is highly passionate about data science and it's application in various fields.

Would you bag your machine learning models or rather stack them?

Would you bag your machine learning models or rather stack them?