No they are not the same, and no they are not replaceable! Did you always think quantum is the better version of classic? Let’s explore!

Before we dive in into depths of the unknown, let me first give you a heads-up, as beginners, where we actually stand.

Here is the roadmap or as I should say spin map of my quantum journey. My physics teacher once said, quantum computers will make very bad community leaders, never elect them, because they are never totally sure what values they hold!

Now by the time it was 1981, Quantum theory had matured. Computer science was evolving. Computers were being used extensively for physical computations and were doing pretty good under the record. Then where was the need of quantum computers felt? Why and how did it all begin?

So back in the old days, whenever a scientist would want to review an experiment or would want to rerun to find better and polished results, thier go-to buddy was a classic computer. But processes that involved huge computations became slow and inefficient to perform. That’s when Feynman introduced the idea as to why do physicists need computers that can perform computation exponentially!

So he placed the following questions on the table:

The next step was “Quantum Turing Machine”. He brought the concept of Quantum parallelism based on superposition principle. He proposed that QTM can encode many inputs on the same tape and perform the calculations simultaneously.

Just so that you don’t lose me here:

It was time for the master minds to put that bulky organ on top to some good use. And then we had our very first quantum algorithm. By exploring the power of quantum parallelism Peter Shor figured out an algorithm for quantum computers to find out prime factorization beating the time taken on classical computer exponentially.

Then we had another ground-breaking algorithm written by Grover that was capable of searching a single item in an unsorted database in square root of a time it would take on a classical computer. Since searching in database and prime factorization are central themes in Computer science, Shor and Grover’s work brought intense simulation to the world of Quantum computers. It made them extremely exciting and they started growing rapidly. And that’s how quantum computers became the new thing of the generation.

Now we know who brought the idea & we know what algorithms gave it their first break.

But what actually is Quantum Computing?

If I were to express it poetically...

On what principles does this magic happen?

The basic principles of quantum computing is the same as that of quantum theory.

Superposition: Superposition is a way to describe the movement of particles when it has no real world equivalence. All particles exist in the superposition until they are measured. They can be anywhere anytime.

Entanglement: It is a phenomena in which quantum entities are created and/or manipulated such that none of them can be described without referencing it to the other. Individual entities are lost.

The process involves entanglement of qubits and probabilities with superposition to carry out certain series of operations in order to find the result.

Brace yourself because I am sure you can feel things slipping out of your hands.

I can here your inner voice scream , "what on earth are qubits now"?

Think with me now.

The ones who are familiar with the world of computers out of interest or because you are simply doing computer science / engineering would know that a classical computer works on two binary inputs, 0’s and 1’s called bits. Our old pals!

But a quantum computer does it using quantum bits, or as we all call it “Qubits”. A Qubit can be 0, or 1, or 0 and 1 at the same time. It has more fluid, non-binary identity.

This is what gives quantum computing its superior computing power.

What are qubits made of?

They are usually electrons, photons or nucleus. We shall consider outer most electron of phosphorous as our qubit. Because of the spin of the electron, it causes a magnetic field. This makes them tiny bar magnets which allows them to align in a magnetic field.

Now when this alignment is in its lowest state we call it a 0 and to bring it to its highest state i.e. 1, we apply some external force.

They are special, they can exist in dual states at one time. That is, when we measure it, it can be in up or down position. But before we measure, it will exist in the so called “quantum superposition”.

Quantum superposition arises because at the quantum scale, particles behave like waves. Similar to the way that multiple waves can overlap each other to form a single new wave, quantum particles can exist in multiple overlapping states at the same time giving them multiple positions. 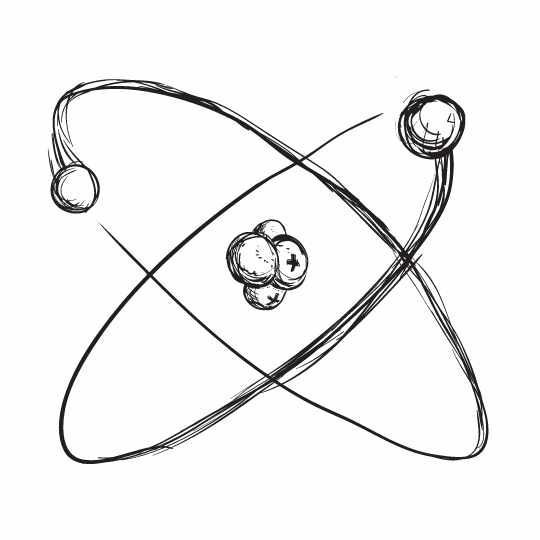 Qubits exists with some probability of being 0 and some of being 1. These constants indicate the relative probabilities of finding the electron in one state or the other. As we all know interaction is the rule of nature. For anything to exist, it has to interact. Hence, it’s hard to imagine the incredible power of quantum computing into action without interaction of two quantum bits. That’s where entanglement comes into picture. This leads to the information traveling faster than the speed of light. This happens because measurement on one member of the entangled pair will immediately determine measurement on the other. But it’s not that simple.

Although the qubits can exist in any combination of states, when they are measured they must fall into one of the bases state. The states that are measurable. And all the information of the state before measuring it, is lost. So as a result we do not desire a very complicated, unmeasurable superposition state. The idea is to design the logic operations which we need to get to the final computational results in such a way that the final result is measurable. The important part is that these gates have to be reversible. This helps us in knowing the inputs when we know the outputs. This helps us in not losing the important data while processing. We need to do this because we need to keep the quantum computers in a state of superposition long enough to explore all the possibilities to arrive at a final answers.

The possibilities of qubits existing through probabilities gives us more number of steps to perform an operation.

It is not about every operation performed, it is about number of operations performed.

In quantum computing, the number drops exponentially. Thus giving us a revelation!

This brings us back to our very first question, are quantum computers a replacement for classical computers? No!

This is because Quantum computers are not universally faster. They are only faster for particular operations where we can use computational analysis. There are many computations that a classical computer would perform better than a quantum one. Which is why it is not a replacement of a classic computer.

Has Quantum computation confused you? If it has it means you are getting it.

Every idea has a future.

Quantum computer has a potential still unknown. So what does the future hold for us?

We humans, with our great imagination and inquisitiveness have the capability to discover the unknowns. Let the future of quantum computation bring more possibilities to life. Let this be a way for us to reach to corners of the universe still hidden from us. Nature has always been beyond the scope of human brains. The future is fundamentally uncertain and to me, that’s certainly exciting.

Mannat is a computer science engineer from Panjab university. She is passionate about Data Science, Machine Learning and Creative scientific writing.